Message from the 21st President 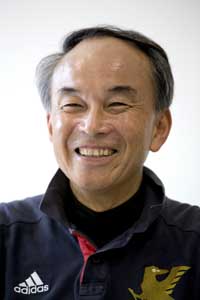 My membership number is 000004. I attended the inaugural meeting of the Molecular Biology Society of Japan (MBSJ) on December 5, 1978, in Tokyo, and recall my excitement at interviewing Yoshiaki Suzuki, who was cloning silkworm fibroin genes at the Carnegie Institution for Science. Dr. Suzuki and his colleagues were attempting to reconstruct the transcriptional control mechanism specific to the posterior silk gland of silkworms in vitro. I was in my fourth year at Kyoto University at the time and was doing experiments on cell adhesion with Masatoshi Takeichi in the Tokindo Okada Laboratory. After moving to the graduate school in 1979, I obtained the protocol for purifying restriction enzymes from Yoshiro Shimura and purified EcoRI and BamHI from 50 liters of bacterial culture solution. I then started researching transdifferentiation of lens cells at the genetic level under Kunio Yasuda and Hisato Kondoh. I was mainly using chickens as experimental material and, by a process of trial and error, was drawing up a protocol for purifying RNA from various types of chicken tissue (at the time, there were hardly any papers on extracting RNA from vertebrate tissue). My first MBSJ presentation was at the Fourth Annual Meeting in Kanazawa. ASL enzyme genes in the urea cycle of chickens are duplicated, with one evolving into lens crystallin genes. I reported on electron-microscopic observations showing that, based on heteroduplex analysis of the two genomic genes, the two genes are linked in tandem and that they are diverse, except for exon (I learned the electron-microscopic observation techniques from Hideo Yamagishi). I earned my doctorate by demonstrating that in lens cells capable of transdifferentiation there is leaky transcription of lens crystallin genes, suggesting that in cells that have the ability to transdifferentiate into lens, the lens-related gene chromatin might be open (Agata et al., 1983, Dev. Biol.). In the third year of my doctoral program, I was hired as an Assistant Professor at the National Institute for Basic Biology (NIBB). In those days, the NIBB had an aversion to DNA and it was a real battle just to set up facilities for DNA sequencing. Then, like a bolt from the blue, Tokindo Okada, my former boss, was appointed director-general of NIBB, after which the climate became more favorable to genetic research. I, a former student of Dr. Okada, and my senior, Yoshio Hamada, were among the first in Japan to establish a method of cloning target genes with antibodies using λgt11. We worked hard to promote the use of molecular biological techniques throughout Japan supporting research institutes nationwide in their gene cloning efforts. Among those who received some basic instruction in molecular biology from us were Masashi Yanagisawa, then a student of medicine at Tsukuba University, and Atsushi Miyawaki, a Keio University medical student and visiting researcher.

It never occurred to me that 40 years later in 2019 I would become president of MBSJ and director-general of NIBB. But I have no time to indulge in emotional reflection. January marks the start of the 21st term of the MBSJ Board of Directors. In human terms, it is like reaching the age of adulthood, which is 20 in Japan. MBSJ is now a 2-meter tall giant, but I wonder if it is tough enough to take on the world. It might have a big body, but perhaps it has also become a little flabby. Past board meetings have devoted energy to debating inward-looking issues like what to do about the joint annual meeting and how to deal with the problem of fabricated data. Very little energy has been spent on matters with a global perspective. I hope those inward-looking issues have been put to rest in the 20th term and that we will be able to devote more energy to debating matters with a global perspective in the 21st term. Taking on the world is not simply a matter of switching to English. It is essential for us to push the boundaries of science and provide the next generation with an exciting science environment. There is no time to whine about having insufficient time for research because of too many meetings. I want to see how far we can evolve over the two-year term of my presidency and I hope each and every member will feel inspired to reach out to the world.