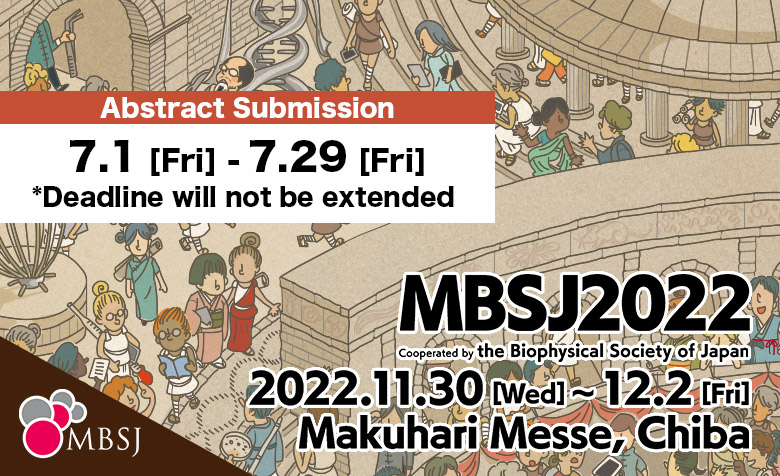 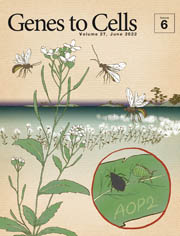 June 2022
Barbour et al. created an experimental food web, as depicted in this drawing, consisting of four species, Arabidopsis thaliana, two species of aphids, and a parasitoid wasp parasitizing the aphids, and examined the effects of alleles of three genes in the aliphatic glucosinolate biosynthesis pathway in A. thaliana on the survival of the four species (Barbour et al. (2022) Science 376: 70-73, DOI: 10.1126/science.abf2232). Their finding was that the null allele of one gene (AOP2) significantly reduced the extinction rate of the four. They call AOP2 a 'keystone gene,' in analogy to a keystone species. We would like to thank Dr. Toshiyuki Harumoto (Hakubi Center for Advanced Research, Kyoto University) for his advice on the drawing. 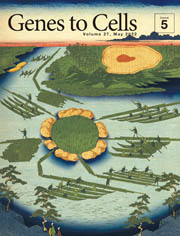 May 2022
Numerous rafts and small boats float in the river, which flows in the shape of a cup, surrounding a pond with an islet. They look as if they are part of the cells of the green alga Chlamydomonas. In the chloroplasts surrounding the nucleus, thylakoids overlap each other to form the grana. The long rafts in particular look like lamellae interconnecting the grana. The central sandbar with the rafts moored to it resemble a pyrenoid (a structure found in the chloroplasts of algae) with thylakoid membranes penetrating the pyrenoid itself. We referred to Figure 1(A) of Engel et al. (2015) eLife 4:e04889, DOI: 10.7554/eLife.04889.001. We would like to thank Dr. Takashi Yamano (Graduate School of Biostudies, Kyoto University) for his advice.

Search within the site:

Please visit “How Google uses information from sites or apps that use our services” for more information.

You can turn Google Analytics On or OFF.

You can reopen this screen by clicking ‹Manage Google Analytics› in the footer on each page.